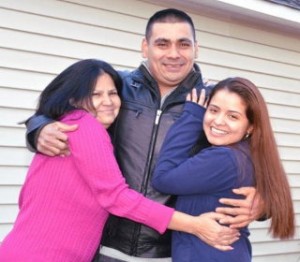 How’s this for  a crazy stroke of luck.

Marvin Martinez, 27, found a scratch off ticket for the New York Lottery game “Win $1,000 a Week for Life”.

He found the ticket whilst working as a landscaper in Hicksville, New York back in 2012. And was actually clearing up after Hurricane Sandy had paid a visit.

My co-worker was blowing the leaves and I was collecting them when I saw the ticket hiding between wet leaves. I still don’t know what made me pick it up.

Well, it turns out that not only was that ticket a winner, but it was actually a jackpot winning ticket!

Being a super-honest guy though Marvin handed the ticket in to the New York Lottery office. Now that shows some serious strength of character.

Fast forward more than a year, and Marvin gets a call from the lottery company to say can he come in for a talk.

As nobody else had come forward to claim the ticket, it had now become Marvin’s rightful property and they wanted to pay him the full prize. The one year waiting period had been applied to ensure no claims of loss or theft had been lodged. And none had been placed.

A stunned Marvin eventually chose to receive the prize as a lump sum, and was paid out $779,106. 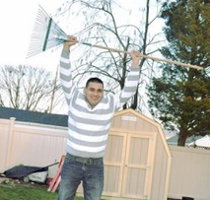 But he says it won’t change him at all, and he’ll keep on working 6 days a week just like before. But he is planning on a taking a trip with his wife, maybe to Miami, as they couldn’t afford a honeymoon when they got married.

So congratulations to you Marvin – you’re clearly a great guy and have set a very fine example to everyone.