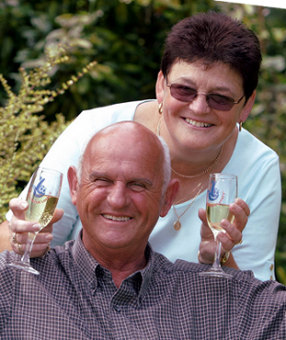 It’s rolling like a geriatric stone! So Europe’s most popular lottery game has just blasted past a jumbo jackpot of €100 Million again.

But play in an online EuroMillions syndicate and your chances of actually walking away with a share of that lovely jackpot greatly increase. Typically by around 50 times according to the folks at lotterysyndicatereviews.co.uk.

How does it all work? That’s the great thing – you don’t really need to understand it as everything is done for you. It is pretty simple though anyway. When you play in one of these ‘managed’ syndicates, the syndicate company build groups of players who all pool their money together. Those pools of money buy batches of tickets with different numbers. It’s like playing 50 or 100 tickets yourself – except you don’t have to pay for them.

Obviously the syndicate company take care of managing the groups – people joining and leaving, updating their addresses and all that admin type stuff etc. They also take care of collecting the winnings and sharing them out too. All of which means you just pay your subscriptions and cross you fingers for a bit of EuroMillions luck.

So if you’re tempted by the big EuroMillions game (which does have some tricky odds – 1 in 139 million after the most recent changes), then you’d be wise to consider taking this route to playing. Especially when the jackpot is this big – because even after you share out the winnings between all the members of the syndicate group – there’s still enough kicking around that everyone gets to play at being a millionaire! OK, not play – you really are one.

Let me know if you give a EuroMillions syndicate a try, or if you play in one already. And don’t forget, we always love a good winners story here, so let us know how you get on too. It would be awesome to feature a big syndicate winner here, and all the better if it was you 🙂